Liability in a Bar Fight 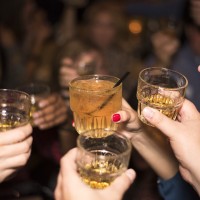 A night out on the town is a chance to have a few beers and laugh in the company of good friends. Thankfully, on most nights out, everyone is responsible and knows their limits and makes it home safely. Unfortunately, this isn’t always the case. Drunk driving aside, problems could arise before you, and your party leaves the bar. Bar fights are typically infrequent, but what should you do in case of an incident where you get hurt in a bar fight?

Bring a suit against the person or group of people who caused your injury
If you can identify the individual that injured you during the fight, it’s in your best interest to file a battery or assault claim with the local police department. Both of these claims are intentional torts, which means that in no way could these injuries and their actions be considered an accident. With this type of suit comes the need to prove that they acted with the intention to cause you harm.

A battery is defined as unwarranted physical contact and is graded on different levels. Something like being punched in the face along with being shot by a gun are both considered acts of battery. Assault refers to the threat of offensive physical contact with the intent to cause fear and worry of suffering a battery.

These types of claims can be filed against others who were visiting the bar or even the bar security staff. You don’t need to be the target of the fight to file or even know the exact person who injured you at this point.

Bring a suit against the bar
Other bar customers aside, it’s plausible to file a lawsuit against the bar or the property on which the fight occurred. Venues that serve alcohol have additional legal responsibilities to their customers. These are commonly referred to as dram shop laws, and civil liabilities could arise in the event of over-serving bar goers.

Dram shop laws are often leveraged in DUI cases or underage drinking cases. Although, it isn’t unheard of for them to come into play in the case of a bar brawl. A reputable personal injury attorney must prove that the fight occurred because the establishment continued to serve patrons alcohol while they were clearly intoxicated. Alcohol is known to evoke aggressive feelings and actions in some, so a bar fight isn’t too far-fetched of a possibility.

Each case is unique and has intricate details which a trained personal injury attorney will be able to identify and leverage in a lawsuit. The result of each case differs, but seeking a consultation with a lawyer is the best way to recover damages and reimbursement for medical or legal expenses as a consequence of the bar fight. Click here to contact us and discuss your case.