to Achieve Full Value for You 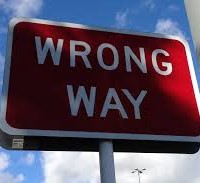 Technology is changing lives in various industries, and it’s no surprise that the auto industry is starting to get some seriously high-tech help. Assisted cruise control, wireless internet and hands-free options are just some of what automakers are doing to appeal to a high-tech customer. From the law enforcement side, technology is being used to save lives. Florida law enforcement is hoping to use new technology to reduce injuries and deaths due to wrong-way drivers. The high-tech lifesaver can be found on the Florida Turnpike and Sawgrass Expressway.

What do we know about wrong-way crashes?

Between 2010 and 2012, two dozen wrong-way collisions were reported within the state of Florida. While these types of accidents make up only three percent of collisions on highways, they’re almost always fatal, with the National Highway Traffic Safety Administration noting 360 deaths per year.  The average passenger vehicle is going at least 60 MPH at any given point on an interstate. Even the most alert of drivers with the quickest of reflexes will have a hard time maneuvering and avoiding an accident with a car coming head on. Also taking into account that the average highway has at least three lanes of traffic, even if one was to swerve, there’s a chance it could be into another vehicle traveling in the right direction.

As mentioned above, the majority of wrong way crashes are head-on collisions. Available health and medical information note that wrong-way drivers are usually impaired and under the influence of alcohol. With alcohol flowing through their system, their judgement is impaired, and they are less capable of attempting to swerve and avoid hitting another vehicle. If an attempt is made, the reflex time is incredibly delayed and, unfortunately, unsuccessful.

Florida is taking proactive steps to prevent injuries and deaths

Installation of motion tracking sensors and LED lights will take place over the summer across ten different carefully select sites on the Turnpike and Expressway. When a wrong-way driver approaches the sensors, emergency alerts notify the Florida Highway Patrol and flash bright warning lights to the dangerous driver. The sensors not only notify all appropriate units, but they also photograph the vehicle, which can help law enforcement agents keep an eye out for the vehicle in question.

Being involved in a car crash is no doubt a devastating and terrifying experience. If you or a close family member were injured in an accident that involved a wrong-way driver, it’s imperative that you speak to an attorney. Experienced injury attorneys will work diligently on your behalf to recover the compensation and damages you deserve.