to Know How the Other Side Thinks

Driving and Marijuana…Is it that bad? 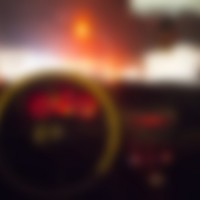 As marijuana continues to push its way into the spotlight, the government and its respective agencies have no choice but to acknowledge it and the questions it poses. The National Highway Traffic Safety Administration (NHTSA) has taken note, performing two studies to analyze the effects of driving while high on marijuana. So what do the results say? Is driving under the influence of marijuana considered to be impaired driving? Continue reading on below to find out.

Colorado made history by being the first state to legalize marijuana use for both recreational and medicinal purposes. Since then, Washington DC and a handful of other states have followed suit. Many more are expected to follow these pack leaders in upcoming 2016, and a fully legalized nation isn’t too far out of a thought.

Because regulated marijuana use is still a relatively new concept, there isn’t as much data and knowledge surrounding how it impacts drivers. The NHTSA’s first study focused on providing concrete truth to the fact that legalization would lead to more stoned drivers. This proved to be true when over 9,000 drivers were analyzed. Out of the 9,000 motorists, a significant 12.6% had marijuana present in their system. The same survey did note an impressive decrease of 80% for drivers above the legal alcohol limit. NHTSA’s other study considered the risk of a crash for individuals under the influence of drugs excluding alcohol. Analysts took over 3,000 reported car crashes into account and balanced the data findings with 6,000 cases of drivers not involved in accidents. Overall, the study did note that those who tested positively for THC were indeed 25% more likely to be involved in a motor vehicle accident. In order of fairness, the study wasn’t fully conclusive as a variety of factors such as age and gender could have played a large role in the accident.

How is “Under the Influence” Defined?

As mentioned above, there is no nationwide standard for a majority of marijuana-related concerns. Based upon various state laws, under the influence is either measured from a set limit of THC or with a no tolerance policy. Some states enter a gray area of considering the circumstances in relation to intoxication. Scientists have mentioned that measuring marijuana and its effects isn’t as cut and dry as it is with alcohol. The NHTSA discusses this in its second study and goes on to mention that absorption rates can vary dramatically between individuals. Unfortunately, incidents are dealt with on a case by case basis. Certain states like New Jersey have set restrictions to prevent unfair assumptions, but the gray area as whole leaves much to be desired.

When an accident strikes and injuries occur, it’s in your best interest to seek the help of a personal injury attorney to review your case. If marijuana is a factor in a case, you’ll need an experienced lawyer who understands what’s possible within the limits of the law. As mentioned above, there are a lot of gray areas, and leaving your case in the hands of someone who isn’t experienced could mean the difference in justice.

The NHTSA and other leading organizations plan to look at the effects of marijuana and driving more closely over the upcoming few years. Stay tuned to see what type of concrete findings they’re able to secure and what regulations are put in place both in Florida and on a national level.