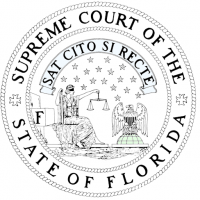 Earlier in 2015, the Supreme Court of Florida issued a ruling against Sanders in the Sanders v. ERP Operating Limited Partnership. We’re writing this blog post with excitement as the Supreme Court has issued a new opinion which reverses an earlier Fourth District Court of Appeal decision. This reversal is a huge win for negligent security cases everywhere. Read on to learn more about the case, negligent security and what it could mean for you.

The Sanders case occurred in late 2004 at the two individual’s new apartment complex. They signed the lease to the apartment which was advertised as one within a safe, gated community. Over a year after moving in and calling the place home, both Sanders were shot to death inside the apartment by unknown shooters. Shocked investigators came to the scene to find that there were no signs of forced entry into the gated community, but further into their investigation they did find that valuables and money were stolen from the scene.

When investigators probed forward, they found that the Sanders’ case wasn’t the only violent incident to occur in the recent history of the complex. Criminals had broken down the gates in two prior incidents. One incident left the gate of the “gated community” out of service for months. The personal injury and negligent lawyers who worked with the Sanders family were outraged. If the property owner had taken care of the security measures, this may have never happened. Lawyers brought a wrongful death action against the landlord and a court battle was underway.

The lawyers argued that residents were never informed of the incidents to take their own additional safety measures and that the landlords took an unreasonable amount of time to repair the gates. Expert criminologists testified to back up the claims and stated that the environment was the perfect place for a crime due to its unmaintained condition. To our dismay, a jury sided in favor of the plaintiffs. The case wasn’t over as the Supreme Court of Florida granted a review.

It was due to the previous criminal incidents on record and the conditions of the property that the Supreme Court had given the case a second chance. They argued that the landlord’s breach of duties to repair the property and discuss the incidents with their tenants played a role in the unfortunate fate of the Sanders.

Negligence Cases and You

Each negligence case is so unique in nature and requires a team of experts devoted to the case to work for justice. Your case may not reach the Supreme Court, but knowing that the state of Florida has a strong system in place and a keen team of individuals at the top is something to be noted. The attorneys who work at The Borrow Law Firm have years of experience in negligent security law cases and will go the extra mile your case needs to get you the justice you deserve. Contact us to discuss your concerns or a potential case you may have. Someone else’s negligence should not have to be your inconvenience and suffering.