to Achieve Full Value for You

Know Your Rights In a Negligent Security Case 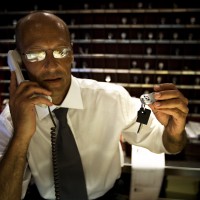 Richard Matt and his wife were in the parking lot of a hotel in Atlanta. While taking luggage out of the trunk of his car, Matt got shot by robbers.

Matt sued the hotel for negligent security on the grounds that the crime was foreseeable. He presented evidence that 81 crimes had taken place on the hotel parking lot in the last three years. In the same period, over 400 crimes had occurred on the parking lots of three nearby hotels. Further, the hotel’s security officer had complained to management that he felt unsafe and had asked for weapons and a bulletproof vest.

The court ruled that the crime was not foreseeable, as there had not been a previous crime committed on the premises in a “similar manner and circumstances.”

The decision was appealed. The appeals court ruled that the trial court had used too narrow a definition of “foreseeable.” The hotel’s management should have implemented extra security measures in light of the high crime rate in and around the hotel. The Georgia Supreme Court affirmed the ruling of the appeals court. In the end, the plaintiff received a sum of money from the hotel to cover damages.

If you, like Richard Matt, are a victim of a crime that took place on a commercial property and that might have been prevented by proper security measures, you may be able to claim damages from the owner of the business.

Assuming you are on the property for a legitimate reason, i.e., you are not trespassing, you have the right to reasonable protection from foreseeable dangers. The owner of the business has the duty to provide adequate safety measures if there is sufficient reason to believe that the premises or location is vulnerable to crime.

Some common types of negligent security claims include:

The owner has the duty to put in place measures to prevent unauthorized access to guest rooms by intruders.

If a bar or nightclub hires a bouncer or security guard without doing an adequate background check, and the employee attacks a co-worker or customer, the victim can sue the owner for negligent hiring/retention.

Inadequate screening of customers at bars or nightclubs:

If a bar or nightclub has a history of violent behavior from guests, the owner has the duty to screen customers for weapons and provide other security measures.

Many states have Dram shop laws, which hold bars, nightclubs, or other business that serve alcohol liable for serving alcohol to visibly intoxicated persons or minors who subsequently cause injury or death to other people.

Whether you are a guest at a hotel, a tenant in an apartment complex, or customer at any commercial establishment, you have the right to security measures that are reasonable given the location and past history of crimes on the premises. If you suffer from a crime on a commercial property that might have been prevented by adequate security measures, immediately contact an attorney who specializes in negligent security.