From Local Attorneys Working for You

Negligent Security – What Makes For A Strong Case 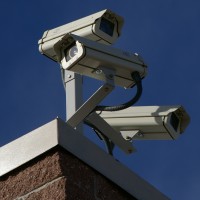 What is Negligent Security?

Suppose you are attacked or robbed in a bar, nightclub, restaurant, hotel, apartment complex, condominium complex, casino, mall, liquor store, gas station, parking garage, school, or other commercial or educational establishment. The person who attacked or robbed you is liable for your injuries and losses. However, the reality is that the attacker may not have any money or insurance, or he might have fled the scene, in which case a lawsuit against the attacker might not be worth pursuing.

In this situation, it is more practical to focus your energies on seeking damages from the owner of the establishment where the crime occurred. The business owner may have the insurance or funds to pay for your medical bills and other damages resulting from the attack. Assuming you were not trespassing on the property when the crime occurred, did not initiate a fight that resulted in your injury, and did not participate in a fight that had been mutually agreed upon by you and the other person, you might want to consider a negligent security claim.

The strength of a negligent security claim often hinges on the following factors:

·         The crime was reasonably foreseeable. The business had good reason to be aware that such a crime could take place on the premises, given the crime rate in the area and the history of crime on the premises.

·         The business failed to take reasonable security measures in light of the security risks.

·         The attack or robbery you suffered might have been prevented had the business implemented reasonable security measures.

The Crime Was Reasonably Foreseeable

The owner of the business or property where a crime took place can be held liable for the victim’s injuries and damages if it can be proven that the owner was negligent in providing security. Commercial and educational establishments have a duty to put in place reasonable security measures to protect customers from crimes that are reasonably foreseeable.

If the business is located in a neighborhood with a high crime rate, or if the business has a history of crimes taking place on its premises, an argument could be made that the crime was reasonably foreseeable, and that the owner should have taken measures to prevent it.

There are no hard-and-fast rules that dictate what types of security measures are reasonable, because it depends on the circumstances. A hotel in a neighborhood with an extremely low crime rate may only need a minimal amount of security such as locks and proper lighting. A hotel in a crime-ridden location that has a history of violent crimes taking places on its premises is likely to need more serious security measures such as armed security guards and surveillance cameras.

Another example is a bar that has a history of violent crimes that result in injury or death. It might be considered reasonable in this situation to hire security guards, screen customers for weapons, firmly attach tables and other furniture to the floor to prevent them from being used as weapons, or only serve drinks in plastic cups to prevent bottles and glasses from being used as weapons.

Reasonable Security Measures Could Have Prevented the Crime

Depending on the nature of the crime, courts may determine that it could have been prevented had the business implemented reasonable security measures. For example, if a customer at a bar is injured as a result of a violent fight between other patrons, the plaintiff may argue that injury could have been prevented had there been security guards patrolling the bar. There are cases where the business owner could argue that he cannot be held responsible for what happened to a customer because no reasonable security measures could have prevented it.